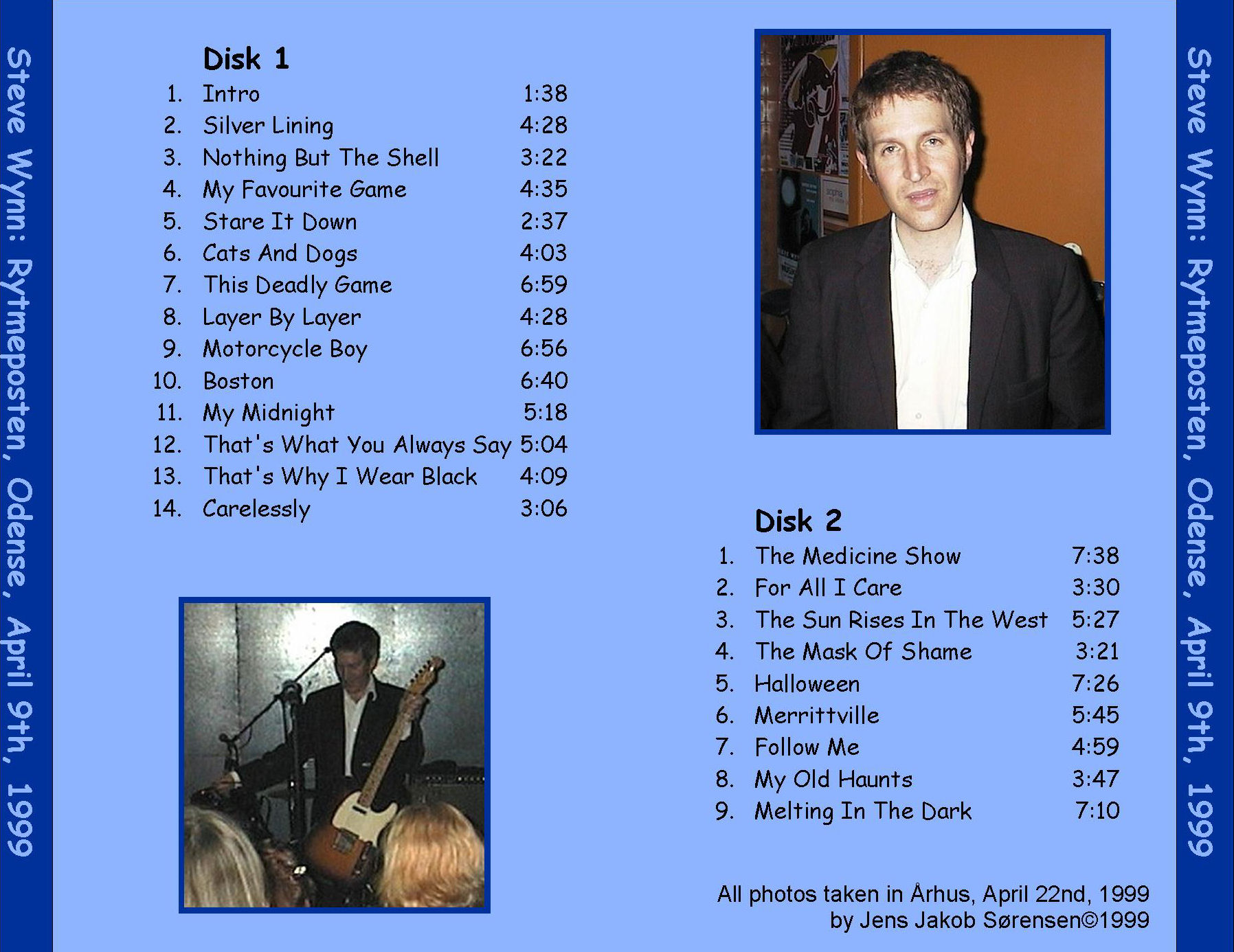 THE ROAD TO MALMO--The Rytmeposten in Odense, Denmark is one of those clubs (like many in Europe) where my appearance reach into double figures, making me the most frequent guest outside of local performers. Such frequent visits give me the comfort and ease to deal with such things as sudden amplifier deaths which is exactly what happened to Chris last night. The result? impromptu versions of "Motorcycle Boy" and "That's Why I Wear Black," two songs we hadn't played before, along with very outside renditions of "The Sun Rises In the West" and "Melting in the Dark." I've always found that audiences are very forgiving with technical difficulties, particularly when the band doesn't freak out and chooses instead to use the obstacles as a chance to travel down some untested roads. Chris eased some of the frustrations with a very fruitful shopping spree at local record show Moby Disc (which took it's name and logo from a Los Angeles store where I worked when I was 20 years old--strange coincidence).

Many other highlights: a chance to see and hang out with our hero, our website director Thomas Mejer Hansen and the wonderful Dorte both of whom had taken the train in from Arhus. Also two fine snippets of fan interaction: Fan to Chris: "Are you from America?" Chris: "Yes." Fan: "Do you know Jimmy Buffett?" and then there was the other guy who walked up to me and said "What happened to that girl that was playing drums with you last year," apparently referring to the same Linda Pitmon who had just finished pounding the skins for the previous two hours. I, of course, feigned ignorance and after the guy insisted that I MUST know who he was talking about replied "It's hard to say; I play with so many people." I really couldn't make this stuff up.

And now with equipment mended and songs actually added to the repetoire we are on our way to Sweden, yet one more country where Dave and Little Steve (as we call Mr Espinola) have never been before. Me? I'm just checking out this brand new, very long and very convenient bridge that has made the travel from Odense to Copenhagen a whole lot easier. (APRIL 10)